This is a sample of the work produced by physicist and DJ artist Lawrence Lee that you can see live on Thursday 6 August from 20h30.

This live programme will explore our world, from deep underground particle physics experiments to the vastness of space and the Amazon, from beer to artificial intelligence and the internet of things. Guest speakers range from an astronaut to a tech entrepreneur to school students showing off amazing experiments you can do at home. And you will also have the opportunity to ask questions live online! Clara Nellist is a particle physicist working on the ATLAS experiment at CERN. She got her PhD from the University of Manchester and is currently a Radboud Excellence Initiative Fellow. Clara has worked on upgrades of the pixel detector, studies of the Higgs boson and top quark, and is applying machine learning algorithms to search for hints of dark matter in the data.

In her free time, she is a runner, photographer and budding science YouTuber, as well as an activist working towards equity in science. Muhammad Alhroob is a postdoctoral fellow at the University of Oklahoma, USA, and a member of the ATLAS experiment since 2006. He has searched for rare top-quark production processes and is participating in the ATLAS Pixel Detector activities. He is also very engaged in various ATLAS and CERN public outreach programmes and responsible for the ATLAS Virtual Visits programme offering live online visits to classrooms all over the world. Outside of work, Muhammad enjoys taking part in multiple sports, reading and spending time with his family and friends.

A Day With Particles

This project was the brainchild of four individuals: physicists Vojtech Pleskot, Daniel Scheirich and Martin Rybar of Charles University in Prague, and CERN Events Producer Connie Potter, based on a conversation wondering what the general public might think a scientist’s every day life is like? Are they all huddled together in a lab in white coats with test tubes in their hands? Are they working on top-secret, dangerous activities? Do they work all day and most of the night?

Combining the cartoon drawing skills of physicist Daniel Scheirich with the script-writing talent of Vojtech Pleskot and the ideas of Martin Rybar and Connie Potter, the video gives an entertaining glimpse into a typical day in the life of a typical physicist, and along the way tells some fascinating stories in the history of physics.

Vojtech, Martin and Daniel have been running the Science to Go site in the Czech republic with great success, bringing physics to the general public with some engaging content. For more about Science to Go please see here. Vojtech Pleskot was born in Pisek, Czech Republic and he studied at the Charles University in Prague. After his PhD, he was a post-doc at the Johannes Gutenberg University in Mainz and then he returned to his Alma Mater as a researcher. Vojtech likes elementary particles, coffee, tea and cakes, the amazing worlds of high speed and cats that are both dead and alive, gardening, beekeeping and plenty of other stuff. Martin Rybar, a native of Blansko, Czech Republic, is currently a researcher at Charles University in Prague after spending five years at the University of Illinois Urbana-Champaign and Columbia University in the US. Martin works on the ATLAS experiment at CERN studying matter that probably existed a microsecond after the Big Bang. He’s also a very keen science communicator being an organizer of summer schools of astronomy, giving public lectures, and being a co-founder of the outreach programme ‘Science to Go’.

He is a very busy man, but spends any downtime he has pursuing his passion for skiing, hiking, astronomy, and photography – often all at the same time. Daniel Scheirich obtained his PhD at the University of Michigan. During his studies he spent four years at CERN during the exciting period when the world's largest collider, the LHC, was turned on for the first time. Presently, he lives in Prague with his wife Radka and son Martin. He works as a physicist and teacher at Charles University. Daniel is the talented cartoonist of the video, bringing to life so much of the story. In whatever free time he has left, he can be found on the top of a mountain. Connie Potter is a long-time member of CERN, having worked across various sectors within the organisation. She has been part of the ATLAS experiment for over 20 years where her work in conference and event organisation and immersion in a world of physicists have led to ground-breaking projects on science communication over the past five years. Wanting to share the excitement of physics that she experienced at CERN with the general public, together with two friends, Chris Thomas of Iowa University and Roger Jones of Lancaster University, they founded The Big Bang Collective. The Collective produced their first Science Pavilion at a music festival, Peter Gabriel’s WOMAD festival in the UK, in 2016. Following that huge success, they have gone from strength to strength, now producing Science Pavilions at music and culture festivals all over Europe and for international physics conferences worldwide.

For more on the Big Bang Collective, see here. Jonathan Fowler, who provided the voiceover for this film, is a former journalist. He now works in the communications department of the United Nations. Teacher David Williams has been running a science outreach programme for girls at Badminton School for the past 10 years. From the early days of doing live Physics shows at the Festival of Physics in Bristol, he and the team have progressed to being on the programme for world famous music festivals such as WOMAD in the UK and Colours of Ostrava in the Czech Republic. Topher White has a background in physics and engineering. He’s a recipient of the SAP Innovation Award | Next-Gen Innovator (2018) and the Pongo Environmental Prize (2016). He was also a Draper Richards Kaplan Fellow (2016) and a National Geographic | Emerging Explorer (2015) and is a Rolex Associate Laureate.

Topher is the CEO and Founder of Rainforest Connection (RFCx); An innovative non-profit tech startup at the cutting edge of conservation technology. We build and deploy scalable, opensource solutions that can monitor biodiversity and halt illegal activities in threatened ecosystems around the world. RFCx listen to the rainforest remotely, using commonplace mobile tech and existing telecommunications infrastructure, and transform these audio streams into a profound and automatic understanding of the forest soundscape, rooting out any threats.RFCx partners with local NGOs and indigenous tribes to deter incursions through real time threat detection and providing forensic evidence to enable governments to take action to prevent further incursions. RFCx plans to make this data available to academic researchers and government agencies to assist the fields of field ecology and conservation.

To learn more about the incredible work of the Rainforest Connection go to https://rfcx.org/ Claude Nicollier was born in Vevey, Switzerland, in 1944. He became an astrophysicist after studies in physics in Lausanne and astrophysics in Geneva. He also trained as a Swiss Air Force pilot and as an airline pilot.

He was selected in 1978 in the first group of astronauts of the European Space Agency (ESA), then was detached to the NASA Johnson Space Center (JSC) in Houston, Texas, for full training as Mission Specialist on the US Space Shuttle, following an agreement between ESA and NASA. After several years of training and various jobs at JSC, he served as a crewmember on four Shuttle missions between 1992 and 1999, including two on-orbit interventions on the Hubble Space Telescope. During his last mission in December 1999, he performed a spacewalk of more than 8 hours duration to install new equipment on the orbiting observatory. He spent a total of more than 1000 hours in space during these four missions.

He is currently a member of the Swiss Space Centre in Lausanne, Switzerland, and honorary Professor at the Swiss Federal Institute of Technology. He teaches a Masters level course entitled « Space Mission Design and Operations “, also accessible on line as a MOOC course provided on the edX platform. UDiF alias the Amazing Theatre of Physics is a group of people who got together 11 years ago and decided to share the excitement of physics through live shows to the general public. Using some stunning, often interactive, live experiments, UDiF have produced many popular live shows over the years and continue to grow and reach increasing numbers of the general public. Lawrence Lee is a particle physicist at Harvard University studying the fundamental building blocks of the universe. Since 2009, he’s been searching for new particles at the Large Hadron Collider (LHC) as part of the ATLAS Experiment at CERN and received his PhD in particle physics from Yale University in 2014. He leads searches for unconventional new physics signatures in an attempt to probe every corner of the LHC data.

Building on a lifetime passion for music, Lee launched a project in 2019 called ColliderScope: An electronic music project where audio is constructed to draw images from particle physics on an oscilloscope. Turning decommissioned particle physics experiments into musical instruments, he creates a live performance designed as a celebration of High Energy Physics, born from its history. He has performed across five countries including at the Pohoda festival in Slovakia, and his work has been presented at Roskilde, WOMAD, and Colours of Ostrava.

For more of Lawrence’s work go to cern.ch/colliderscope 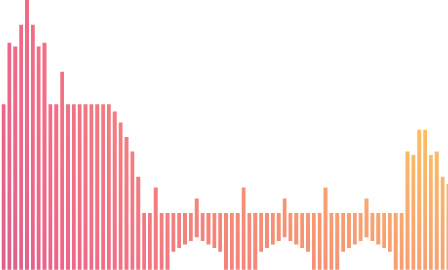 ICHEP is the International Conference on High Energy Physics. The 40th edition of this major particle physics meeting was scheduled to be held in Prague, Czech Republic, but COVID-19 has restricted the event to online only. That won't stop just under 3000 physicists from around the world meeting up to share their latest measurements, discoveries and future plans for the field. It also gives you the general public a chance to meet these scientists from wherever you may be, to ask questions and to experience the same awe, passion and excitement that physicists feel in their every day work.

Registration is not necessary.

We look forward to seeing you!